Over the past few years, most people have grown to trust email technology to appropriately detect spam. In most cases, ...

Over the past few years, most people have grown to trust email technology to appropriately detect spam. In most cases, it does an excellent job, but every so often, legitimate messages fall through the cracks. In May 2021, Microsoft resolved an issue with its Office 365 email service that caused emails to end up in the junk folder instead of the inbox. The problem was short-lived but did cause some chaos for the people involved.

What Was the Issue With Office 365 Email? In late May, Office 365 users discovered that they could not forward emails via the Exchange Online tool. Microsoft was aware of the problem and was already investigating what was amiss.

By the following morning, new complaints came in.

Emails that should have been in the inbox were now mislabeled as spam and sent to the junk folder. This even included emails from contacts in the address books with which users had regular contact. Workers therefore had to sift through all the real junk to find the right emails before continuing their workday.

What Was Microsoft’s Response?

Like many other corporate giants around the world, Microsoft relies on social media to relay important updates. In this case, Twitter became the platform of choice. It also informed Office 365 email users of where to find updates in the admin center.

The company began its investigation in the early morning, shortly after the first complaints began to surface. Within an hour of the first message, it had successfully pinpointed what the problem was. It then began to take steps to resolve the issue and gave details on it a few hours later.

What Caused the Mislabeled Emails?

Microsoft first shared that the issue arose from a recent change it made. Later, it added that the change was related to a new spam rule. After reversing the new spam rule, it checked to ensure there was successful email delivery. Microsoft then began to re-process all the mislabeled emails.

This took several hours, but by the end of it all, the issue had been resolved. So far, Office 365 users have not shared any recurrence of the mislabeled emails.

Is This Office 365 Email Error Likely To Happen Again? 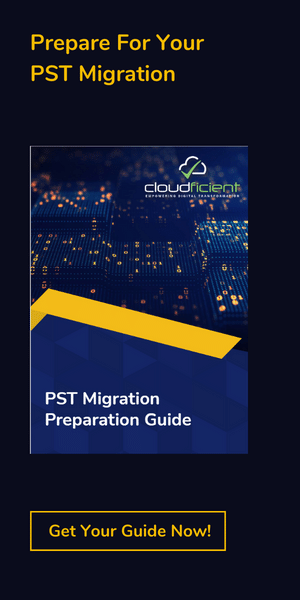 No email provider service is perfect. For that matter, no technology is perfect. All pieces of the puzzle must fit together perfectly. Making changes to just one piece of the software can have unintended effects on the rest.

In fact, Microsoft has had this very same issue before, with numerous reports of this happening starting around 2016. In 2020, one technology blog shared  that email mislabeling occurred randomly from time to time. Some people have been able to find temporary fixes, but that  depends on the cause of each incident.

Ultimately, what is most important is that Microsoft responds swiftly, provides timely updates and resolves the issue as soon as possible. Once these conditions are met, whether it happens again becomes less relevant.

What About Isolated Incidents of Emails Going to the Junk Folders?

No matter what email provider you use, you have likely experienced some legitimate emails being mislabeled as junk. This could be anything from an isolated incident to a company-wide issue, and it may not affect all Office 365 clients. When this happens, there are a few things you can do to fix the issue.

When companies send out newsletters, they often include a reminder to add that address to your address book or safe senders list. This signals to Microsoft that emails from that sender are not spam. You can do the same with any sender.

Mark as Not Spam

Some emails may have the appearance of spam, even though they are not. If you mark these messages as not spam or junk, this increases the likelihood of Microsoft getting it right. Sometimes, marking an email as a favorite or as important can have a similar effect.

Your Office 365 email service is customizable. One of the many things you can change is the forwarding rules. Check to see if any are sending emails to your junk folder. You can also create forwarding rules to prevent this.

How Can Cloudficient Help With Office 365 Issues?

When Microsoft makes changes that reroute emails to junk folders on a wide scale, this is an issue the company has to fix. Would you like to partner with a migration specialist that can help you navigate Office 365 email issues that might arise during a migration? Contact us for more information.

With unmatched next generation migration technology, Cloudficient is revolutionizing the way businesses retire legacy systems and transform their organization into the cloud. Our business constantly remains focused on servicing client needs and creating product offerings that match them.

After intense backlash in the media, Microsoft changed the way its Microsoft Productivity features worked to better protect users’ data privacy at...

Antispam in Office 365: What You Need To Know

Microsoft has built-in antispam features in Exchange Online and other Microsoft 365 services to reduce the risk of phishing, spoofing and other forms...