Microsoft has been making radical new changes this year. One of its most recent is the unveiling of a new store that ...

Microsoft has been making radical new changes this year. One of its most recent is the unveiling of a new store that will go live with its Windows 11 operating system. The original store was first launched with Windows 8 and was meant to distribute compatible apps, but it has come a long way since then. In fact, the Microsoft Store is one of the most frequently used apps on the Windows platform. 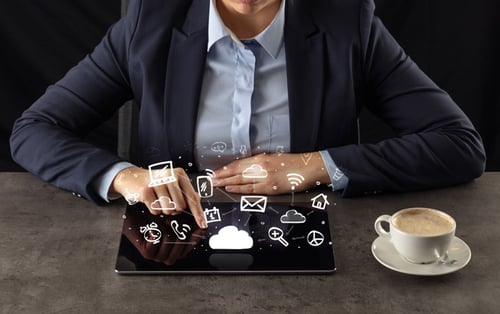 Despite its progress, Microsoft recognizes that a new store with brand-new features is necessary to compete with the Apple Store and Google Play. While customers have praised the security of downloading apps from the store instead of the web, developers have voiced a few complaints that Microsoft addresses with the new release.

The new store is expected to offer a much more comprehensive range of cloud-ready apps and much better compatibility. In fact, Microsoft is working on ensuring greater compatibility with Android. This will allow Windows PCs to run and process Android codes. Amazon’s App store will serve as the liaison between Windows and Android. This is similar to what Amazon did for the last BlackBerry OS phones before BlackBerry switched to Android and then transitioned into a cybersecurity company.

In the past, apps had to use Microsoft’s subscription tools and payment systems. Microsoft plans to remove this requirement, so app developers and their users have much greater flexibility. Some app developers never did adjust to Microsoft’s requirements, so tech professionals believe a whole new host of developers are likely to flock to the platform. Adobe is one of the developers users are looking forward to accessing via the new store.

No Payment Cuts for the New Microsoft Store

Developers also stand to make more money from the new Microsoft Store than from the last one. This stems from the fact that Microsoft doesn’t intend to take a cut from app payments like it used to. This allows app developers to keep the total revenue generated by their apps by using an in-house payment processing system. They can also shop for cheaper third-party alternatives.

The original Microsoft store only served two main types of Microsoft apps: MSIX and Appx. The new platform will make it easier for companies to launch desktop apps and utilize more familiar development frameworks. These include the likes of .NET, Win32 and Java. This can significantly reduce the cost of app development for companies while also further widening app availability for Microsoft users. This creates an obvious win-win for both sides.

Are you a developer who creates desktop apps and has a strong off-store presence? Expand your marketing reach with links via a Microsoft pop-up store. This will allow you to leverage your existing web presence and essentially distribute your app from this source via that pop-up store. Even better, customers will not have to rely on manual updates or prompts from your company. The new Microsoft Store will handle automatic updates as if the app came directly from the store.

If you'd like to find out more about bringing cloudficiency to your project, reach out to us.

Closure of the Microsoft Stores for Business and Education

The year 2023 will be the last time customers can access apps for business or school via this method. Beyond this point, organizations will need to rely on the winget tool and the Windows Package Manager to distribute licensed software across several devices. Tech departments at enterprises will need to build scripts to install and manage apps from various approved sources, including the Microsoft Store. To make this process easier, Microsoft plans to integrate winget into Intune.

Does your company have plans to build its own legacy software for internal use? This is an ambitious goal now made much easier by the expanded compatibility and general openness of the new Microsoft Store. If you already had existing software that was not compatible with Microsoft’s development requirements but which worked well on Chromebooks or Macs in the office, you can now transition these more easily to Microsoft devices to create a more cohesive tech ecosystem.

The Microsoft Store will become available to all Microsoft customers when the new operating system launches. While cloud migration is not necessary, companies that do migrate to the cloud have better use of the digital content available on the store. Cloudficient can help you achieve a quick and seamless migration process with little to no disruption to your work. Contact us to learn more about our cloud migration services.

Everything You Need to Know About the New Excel Data Types

Custom Excel data types can completely change the way your workers interact with and leverage the power of MS Excel. Find out how Cloudficient can...

8 New Updates That Just Made Microsoft 365 Even Better

Microsoft 365 just got even better! Here are some of the new updates your business can leverage for growth. Find out how Cloudficient helps you...

Microsoft and the Metaverse: What You Need To Know

Learn about Microsoft's involvement in the Metaverse and why cloud migration is a crucial component for businesses that want to access this new...