How Microsoft HoloLens Could Benefit the U.S. Army

After a year of controversy and debate, the U.S. Army has finally received its first order of the Microsoft HoloLens. ...

After a year of controversy and debate, the U.S. Army has finally received its first order of the Microsoft HoloLens. The Army reportedly conducted several field tests to assess the feasibility of the technology and then invested roughly $373 million in ordering 5,000 augmented reality headsets.

What are these headsets, how do they work and what benefits might they introduce to the U.S. Army?

What Is the Microsoft HoloLens? 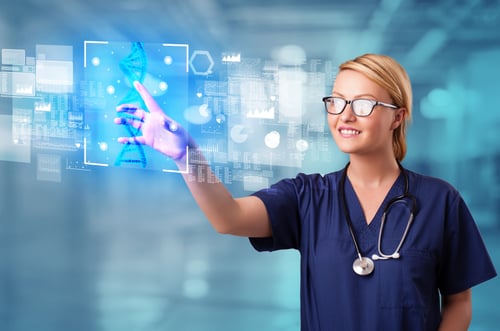 Microsoft initially created these headsets for the business market. They are the first self-contained holographic computer. That means you don't need to connect them to another device, such as a laptop or smartphone. Using augmented reality technology, the lenses in the headset display digital information and graphics in your field of view so that you can see them as if they were there. You can interact with this information using voice commands and hand gestures.

The U.S. Army edition is an adaptation of the HoloLens 2. This device features the following capabilities:

How Does Microsoft HoloLens Work?

The microprocessors in each headset are constantly mapping the environment around users and tracking movement. This allows the digital information to remain in place even if they move around. The headset also has multiple sensors that enable users to interact with the digital content. For example, soldiers can use their hands to gesture like they would with a touchscreen. Microsoft uses its Azure cloud services to power the device.

When Did the U.S. Army Express Interest?

The HoloLens deal is several years in the making. Microsoft won the military contract back in 2018. The announcement garnered mixed responses from internal workers, consumers, the general public and media agencies. Some people explicitly referred to the significant military investment as a waste of taxpayer dollars. Nevertheless, the U.S. Army has proceeded with tests and orders.

What Benefits May Microsoft HoloLens Bring to the U.S. Army?

Over the past decade, the military has taken significant steps to modernize its equipment. The goal is to reduce casualties and improve accuracy and effectiveness. The HoloLens is one of the most recent pieces of technology it has expressed an interest in, but to what end? The government has not thoroughly explained what it hopes to achieve by using these headsets. Nevertheless, the features of the devices give some hints.

With this technology, soldiers can better view their surroundings, even on pitch-black nights. According to Microsoft, the devices use an Integrated Visual Augmented System. This makes it possible for soldiers to see around corners and through smoke. Better visibility drastically improves situational awareness so that soldiers can reduce risks.

The ability to create an augmented reality also makes it possible for soldiers to see digital information without anyone else knowing. For example, a commander could mark the location of an enemy on a map and only the troops wearing Microsoft HoloLens would be able to see it. This would allow the military to communicate and collaborate without tipping off the enemy.

Maintain the Safety of Soldiers

In the past, troops have had to rely on maps and other two-dimensional resources to navigate the terrain. This can be difficult to do when enemies constantly move and change their positions. With the HoloLens, soldiers can see a three-dimensional representation of their surroundings. This will help them avoid ambushes and make better strategic decisions.

Seeing digital information superimposed on the real world will allow soldiers to identify targets easily. This reduces the risk of unintended grief and public scandal caused by misidentifying targets. By using the HoloLens, the Army hopes to reduce the number of these accidents. Commanders will also be able to see what their troops are seeing in real-time. This can help them make better decisions and provide more accurate information to other units.

Augmented reality allows soldiers to train in more realistic scenarios that match their missions. Doing so introduces a greater familiarity with mission locations, which can further improve accuracy, save lives and reduce risks. Sadly, many soldiers suffer injuries or die during training exercises, so augmented training can also reduce risks in the training yards.

What Are the Drawbacks of Microsoft HoloLens?

There are several potential drawbacks to using the HoloLens in combat situations. First, the devices are expensive. Media agencies tallied the total cost at roughly $22 billion. It's unclear whether the benefits of using these headsets will justify the cost. However, most people would argue that saving lives is priceless.

Second, the HoloLens is a brand-new technology, which means there are bound to be glitches. The Army will need to provide extensive training to soldiers on properly using the devices. There's also a chance that enemy forces will find ways to exploit any vulnerabilities in the system.

Third, augmented reality could introduce more distractions for soldiers already dealing with a lot of stimuli. Increased situational awareness could lead to information overload. The Army must be careful about implementing this technology so that soldiers can focus on their mission and remain calm under pressure.

Companies can still purchase the HoloLens 2 from Microsoft, which recommends the technology for the manufacturing, education, healthcare engineering and construction industries. Microsoft posits that manufacturing companies that used the device saw a 90% increase in efficiency, while engineering and construction clients could save $4 million annually.

Because Microsoft HoloLens rely on cloud computing technology, companies may need to migrate to the cloud to access its full power. Contact our Cloudficient migration specialists to get started.

How Microsoft Teams Users Are Getting Even More Protection

Microsoft Team users will now receive even better protection, thanks to expanded coverage of the Safe Links feature from Microsoft Defender. Find out...

How To Organize Outlook To Increase Your Productivity

Learn how to organize Outlook to improve productivity. Cloudficient can help you harness the best of Microsoft by migrating your business to the...

Clean Up Microsoft Teams: How To Delete a Chat

Learn how to clean up Microsoft Teams to keep your business’s communications streamlined. One of the best tools in your arsenal is deleting chats.