What is a Cloud Native Platform?

In this blog, we'll explain what a cloud native application platform is and why it's important to businesses as they go ...

In this blog, we'll explain what a cloud native application platform is and why it's important to businesses as they go through digital transformation projects. Many software-as-a-service (SaaS) products claim to be cloud-based, but as you'll find out, that's not always as clear-cut as it might seem. If you’re about to make a decision about purchasing software, take care to understand the differences that this article highlights as it might impact your business in the future.

What Is A Cloud Native Application Platform? 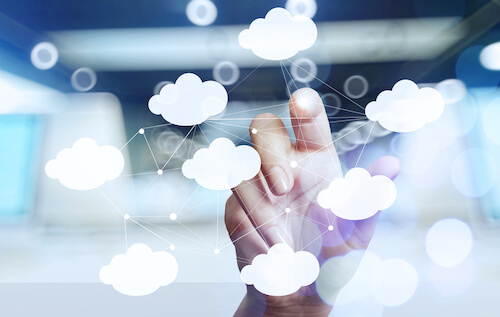 If you take a broad look at how software has developed for businesses over the years, you'll know that at the beginning most applications were written for in-house or in-your-data-center computer systems. With these applications, many of them were custom written for a particular organization. Slowly, larger software houses created applications that were used by multiple businesses, but you still deployed that software in your own data center.

The typical approach in your own data center is that there are high-speed WAN connections to all of your organization's remote offices. At this time, very few people worked from home; almost all knowledge workers were office based.

As these types of applications grew in functionality, so did their needs for storage and computing power. Complex, high-performance systems were built to house these applications. Often customers had server clusters set up to run these applications and provide a leave of resilience regarding hardware failure.

A couple of decades ago, the internet emerged as a new possibility for application developers. Starting with relatively simple apps, some companies started to make applications that were used by many organizations across the globe.

These applications often suffer from several problems when they're trying to scale to a massive audience globally:

These applications are not born in the cloud, for the cloud, nor do they embrace the cloud properly. Effectively in many cases, it's the same application that required expensive on-premise hardware, but now it's in a publicly accessible data center. Often little optimization was performed, and in many cases, there might be significant application re-engineering to take advantage of the cloud functions properly.

Also, in the last few years, a new breed of application has emerged which is born and developed with the cloud in mind throughout the whole application, including its design, development, and deployment. These applications scale easily and quickly and often use lower-cost replaceable and expandable storage and computing resources. They are usually linked with open-source initiatives and have APIs in mind to talk to and work together with other applications as needed from time to time.

It's worth noting that these definitions go hand in hand with the information we've written before about generations of archive migration solutions (and created a video overview). Many people who have been around the computer software industry for years will recognize these generational differences in almost every type of business application they've encountered.

What Is The Difference Between Cloud And Cloud Native?

One of the easiest ways to see the difference between cloud applications and cloud native applications is to compare them across features and design decisions:

Why Is Cloud Native Important To Your Business?

There are many advantages to having your business applications running on software and applications designed to be cloud native. Here are a few:

Most cloud native applications are written with a web browser front-end in mind. No, or little installation is required, and since the application is often browser-based, it can be used on many different operating systems and devices with ease. The same application can often run on a desktop, laptop, tablet, and smartphone.

Since the entire application is running in a cloud environment, bug fixes and deployment of them is usually very easy and quick. Often a bug fix can be rolled out to a staging environment before it's made live to one or more customers, with the ability to roll back changes should a knock-on problem be discovered or the original fix deemed unsuitable.

Just like bug fixing, new enhancements to an application can be delivered to a staging environment first of all. Once proven in that environment, which is often part of the live environment where customers are working, one or a few customers can receive the enhancement.

The key to both the bug-fixing and enhancement process is that it's quick to implement the change and quick to roll back if needed. Compare that with traditional in-house or cloud based applications which might take extended times to even deliver a simple bug fix.

Along with using minimal resources at the client end, cloud native apps are designed with minimal resources and high performance for the server side. Vendors often want thousands if not tens of thousands of customers to use the feature-rich environment, and so time is taken to ensure that minimal server-side resources are required as much as possible.

It's also usual to see that cloud native applications scale out easily and scale back depending on demand on the infrastructure. It's all done almost instantly, and end-users will probably not even notice that it has happened.

In the past, many applications have been seen by IT network administrators to be very 'chatty' on the network. This is okay in some corporate environments, where there is high-speed connectivity to almost every employee wherever they are located across the globe.

But these days, with many workers being remote or hybrid, and connectivity to corporate applications taking place over 3G or 4G networks, a cloud native application, which has been designed with minimal bandwidth requirements, is very important.

Why is Kubernetes Cloud Native?

Kubernetes is a framework that has been adapted by leading software vendors like Google, IBM, Microsoft, Amazon, and many others. The framework defines building blocks to provide mechanisms to deploy, maintain, and scale applications making it easier for software developers to embrace the benefits of cloud native applications.

It was designed originally by Google, with the cloud at the very heart of its services, and has since been adopted by the Cloud Native Computing Foundation.

Using Kubernetes means that application developers can focus on building and running their own specialized applications and use components in the framework to provide scalability and deployment benefits that were traditionally hard to achieve.

There is a wealth of information about Kubernetes on Wikipedia in this article.

In this article, you've seen how powerful a cloud native platform is when it comes to you, your organization,and the applications that you need to use for your business to succeed. As your enterprise-sized organization grows, and possibly acquires other organizations, having a cloud-native approach to software is essential to help maintain your leading edge, to succeed and it can help increase profits by providing access to information quickly on almost any device and platform.

With unmatched next generation migration technology, Cloudficient is revolutionizing the way businesses retire legacy systems and transform their organization into the cloud. Our business constantly remains focused on client needs and creating product offerings that match them. We provide affordable services that are scalable, fast, and seamless.

Finding the right management tools for your business can boost productivity, reduce burnout and free up your IT Admin team so they can focus on...

Let's look at the benefits of digital transformation, and how they can make your business better. We'll help you bring your business into the 21st...

The Benefits of Process Mapping

Process mapping is an important tool for managers looking to optimize their business operations. Take a closer look at the benefits and how to...