How to Import a PST into Office 365

Many office and knowledge workers of all types have accumulated many PST files over the years.  If you’ve used ...

Many office and knowledge workers of all types have accumulated many PST files over the years.  If you’ve used computers and emails in the 1990s and 2000s, you’re almost sure to have PST files stashed away with ‘backup’ copies of your emails in them.

A common question that these users ask their IT support helpdesk is:

In this blog, we’ll share some of our experiences of how end users, and administrators, can perform this sort of task efficiently.

The Problem(s) with PST Files 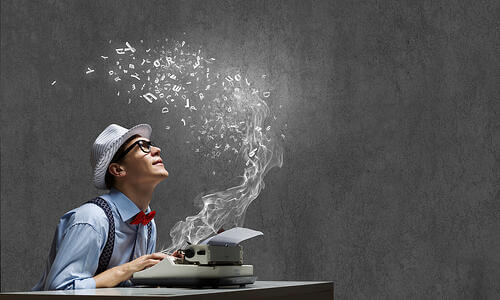 Microsoft created the personal storage table (PST file) in the early 1990s. It met the #1 need of Outlook end-users struggling with mailbox quotas and wanting more mailbox storage space. Users could create a PST file on their desktop computer and drag and drop an email from their mailbox into the PST.

They still have access to the email, and their mailbox is just that little bit smaller, and those warning emails about being close to, or over, the storage limit might not appear for a short time.

With that in mind, many organizations even enabled “Auto-Archive” in Outlook, so old emails would be automatically moved to a PST once they reach a certain age.

This has led to the well-known PST file problem, which is now common across many enterprise-sized organizations. End users regularly have large PST files of 10-20 Gb each, and even worse, they usually have 5 or 6 ‘backup’ copies of those gigantic files scattered across their own devices and network storage locations. So, finding anything is no longer an easy task!

PSTs were simply not made for long-term storage. Even Microsoft says so. But fortunately, most organizations now have an alternative in Microsoft 365. With 50GB of Mailbox storage and another 50GB in an optional “Personal Archive”-Mailbox, there is simply no need to manage files on your desktop computer or file server.

Let’s have a closer look how bad the idea of letting an end-user manage emails in a fragile PST file really is:

The list of problems with PST files goes on and on. It’s why many people, and most organizations, want to eliminate them from their environment. Of course, they can’t just be deleted, so let’s look at some of the reasons why PST files might get imported into Office 365.

Why Import PST Files into Office 365?

For all the reasons above, many organizations encourage end-users not to use PST files. Each end-user may have a different reason about why they want to import PST files into Office 365, but for me personally, my main reason would be:

Have a single-pane-of-glass view of all of your emails, even the old ones

The short answer to this is: Yes, Office 365 does support PST files.

However, there is more to it than that simple answer!

Yes, you can; with the desktop version of Outlook, you can use PST files with your email stored in Office 365.

But, if you use the web version of Outlook or the mobile version on a tablet or a smartphone, the PST files won’t be visible, accessible or searchable.

This is very disruptive to end-users. Imagine that you’re looking through older emails in a PST file on your laptop at home, then you set off to the office or a client meeting, and on your journey, you suddenly have a thought about what you were working on. You reach for your smartphone or tablet, and … well, you can’t access that same email. It’s frustrating!

The way forward is to import those PST files, or parts of them, into Office 365. Let’s see how.

How do I Import PST Files to Office 365?

Many users probably aren’t always aware that their email resides in the Microsoft Office 365 cloud because all they see of email is the client side. Often that is Microsoft Outlook. There are many flavors of Microsoft Outlook for the desktop, including a confusingly named Outlook 365. There are versions on the Apple Mac as well. The question is, once an organization has moved to the Office 365 cloud, how do I import old emails and old PST files into ‘Outlook’?

Bear in mind that organizations can disable PST usage, so if you’re not in your organization's IT administration team, it might be worth checking with them to make sure that you can perform the actions described here.

You can import some, or all, of a PST file by firstly attaching it to Outlook.

This is a simple operation in the desktop version of Outlook – remember, you can’t do this on a tablet or mobile.

The PST file will then appear as an entry in Outlook. You can expand folders and browse them. You can copy, or move, data from these folders into your regular mailbox. Bear in mind that it sometimes takes a little while for that data to sync up to the Office 365 cloud, especially if you’re adding a large number of email items.

In your organization, you might also have a personal archive mailbox enabled. That could be an excellent place to put all the items from those legacy PSTs. If you’ve got PST files based on year or topic or some other method of historically filing those emails, you can create a folder structure that follows that same pattern and put the items in them.

This might seem like a time-consuming task, and it is! For many people that have built up a PST collection over the last 10 to 20 years, you may have to do this process many times. At the very least, you can eliminate those PST files that you discover contain nothing of any value, and you can copy the rest of the data into Office 365.

How do I migrate many PST files efficiently into Office 365?

There is another way to migrate multiple PST files into Office 365 mailboxes. It’s quite a bit more efficient but usually doesn’t have that built-in user filter of reviewing any of the information before it’s added to the mailbox (or personal archive mailbox).

Microsoft supports the large-scale ingestion of PST files, but this, as we will see, has some limitations. Firstly, this is an IT admin team operation rather than an end-user operation.

This takes some time, and, if you use the drive shipping method, it can take quite some time and adds the expense and difficulty of using removable media.

Another alternative is to use a third-party tool, like PSTComplete. Our product simplifies the whole of this process by putting much of the decision-making in the hands of the end-user rather than an IT admin team already overburdened with work.  With our product, you don’t need to create an end-user mapping file, and there is no delay in uploading data or shipping removable media to Microsoft.

And PSTComplete has some other tricks on its sleeve, such as communicating with the end-user why their file has been removed and where to find the data now or preventing future PST creation in Outlook. That’s because we don’t just look at the data import, but the end-to-end process, to clean-up and prevent PST files once and for all.

If your organization is considering eliminating PST files for good, look at PSTComplete and take us up on our offer of a no-cost, no-commitment proof of concept in your environment, with your users, and your data.

In this blog, you’ve seen how end-users can import PST data into Office 365. You’ve also seen how an IT administrator team can perform this en-masse for many users.

Is your organization a heavy user of PST files? Do you want to eliminate them?

Deleting Files in Microsoft OneDrive? Here's What You Should Know

If you have unwanted files on Microsoft OneDrive, how do you fully delete them? Learn about cloud-based file management from the Cloudficient team.

Are your OneDrive files experiencing syncing issues between your device and the cloud? Cloudficient examines a few ways to get files to sync properly.

Microsoft Loop makes it easier to communicate and collaborate, regardless of employee location. Find out how the Cloudficient team can help you...